Street artist Roa is a muralist from Ghent, Belgium whose work has often been recorded and photographed, but very little is known about the artist and even less is documented.

At a very young age Roa remembers wanting to be an archaeologist or something adventurous and collecting little skulls from birds and rodents to draw at home. He grew up in the eighties and naturally was inspired by the American life; music, skating and so forth. The love for music, more in particular hip-hop, quickly joined his curiosity in graffiti. Like most muralists, he began by spraying throw-ups under bridges and walls. During his early years, Roa expressed an active, eclectic mix of styles. At the time, there was not prevailing movement in Belgium. As time went on, the scene’s evolution further evolved as foreign visitors left behind an assorted collection of talents and skills. Slowly but sure Roa became addicted to the nature of urban art.

Roa is primarily known for his strong obsession for animals and rodents. He often combines life, death, and life after death in his murals, which quickly distinguishes him amongst traditional muralists. His animals are painted to include skeleton and internal organs, making the sight even more realistic. The graffiti artist states, “Organs are the vital substances of our body and they represent a lot of the symbolism which I like!” One’s love for animals could not be expressed nearly as much as our artist Roa. This mysterious Belgian muralist has created hundreds of murals through Europe. He has also traveled to other locations around the world.

The steet artist’s preferred forms of methods to paint are by using spray paint or acrylic paint. In fact, most of his work is created through a mixture of black, white, and gray scale colors. At times, the muralist prefers to sketch, especially those large murals. He first began his artistic career by paining buildings and warehouses in his hometown. Nowadays, his distinctive black and white style street artwork can found worldwide.

Some major cities, where his work can be found include London, New York, Berlin, Warsaw, Madrid, Moscow, Los Angeles, Mexico City and Paris. Roa has visited London on numerous occasions and left a large number of street pieces there. His animals can be found on many walls across Shoreditch and more speciafically around Brick Lane.

Muralist Roa’s true obsession for animals is unparalleled and he uses this obsession to paint for inspiration. Roa uses native animals based on the location he is painting in. For example, if he goes to a specific location filled with roosters, like Mexico, then he will paint a rooster. Not only does this make him a standout artist, but his attention to detail is phenomenal. He truly has a pure passion for painting. Roa simply paints to paint- no other reason.

Roa’s work has been turning heads across the street art community by bringing birds, rodents, and other animals back into the consciousness in the areas they once inhabited. Although the street art is generally conveyed in a very natural matter, even his dead animal paintings seem at peace. Not only that, but his extra large scale black and while local rodents may be viewing the image at work from nearby.

Roa’s latest solo show was held at Backwood Gallery in Melbourne, Australia, in the midst of the Coronavirus global crisis. Entitled ‘Annihilation‘, Roa’s show addresses conservation and the threat of environmental annihilation, and invites us to reconnect to Nature. On the occasion of his Melbourne exhibition, Lannoo Publishers edited the first overview of the work of ROA. CODEX is a 350-page book selecting the famous Belgian artist’s work and dividing them into 4 chapters, each focusing on the continents where his work can be seen: Eurasia, Africa, America and Oceania.

Roa’s anonymity has kept his work and his spirit free. 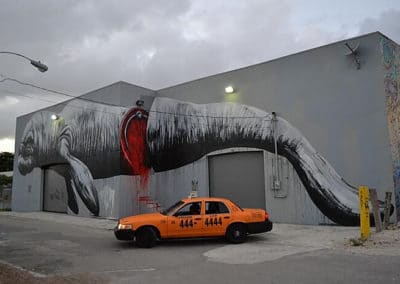 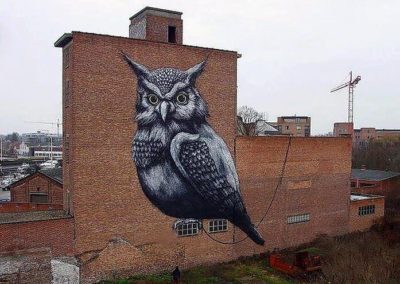 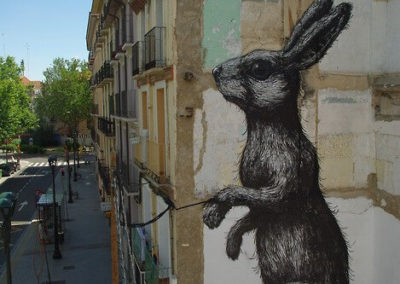 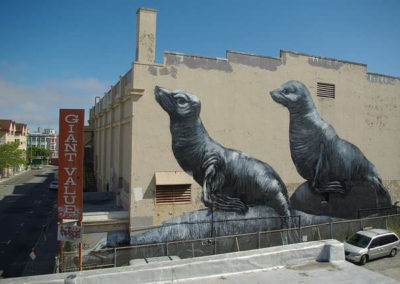 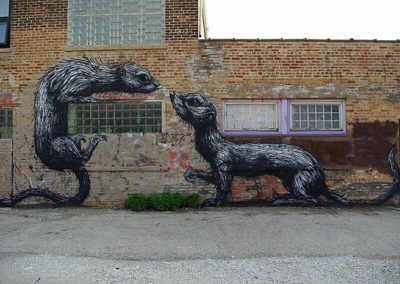 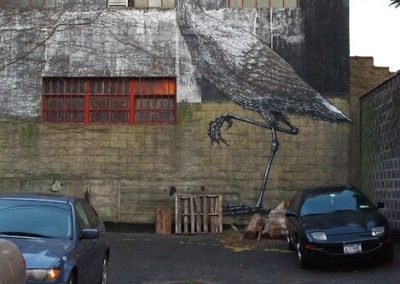 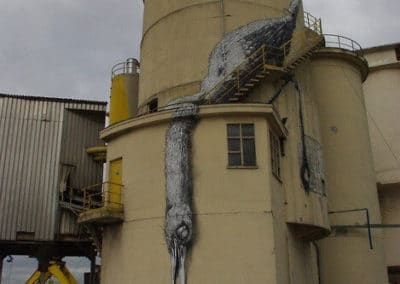 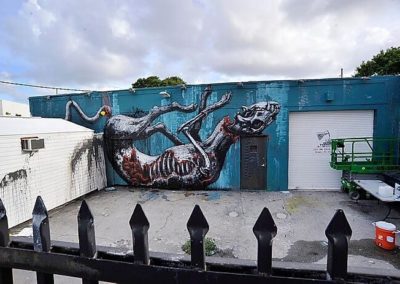 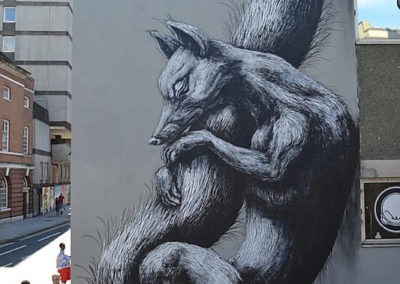 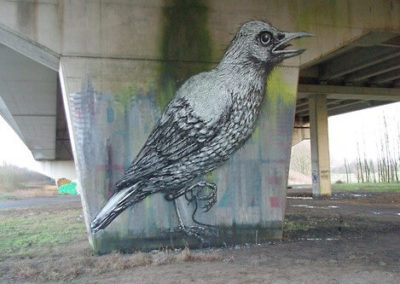 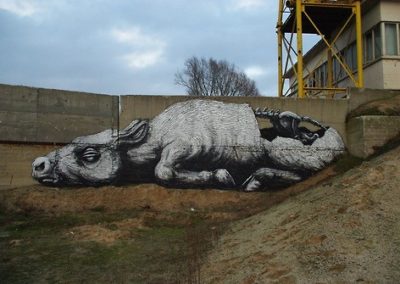 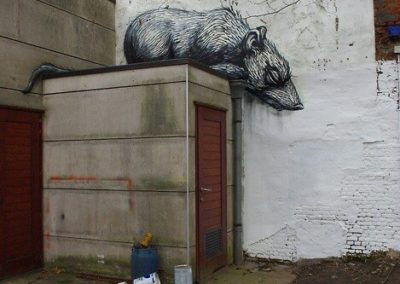